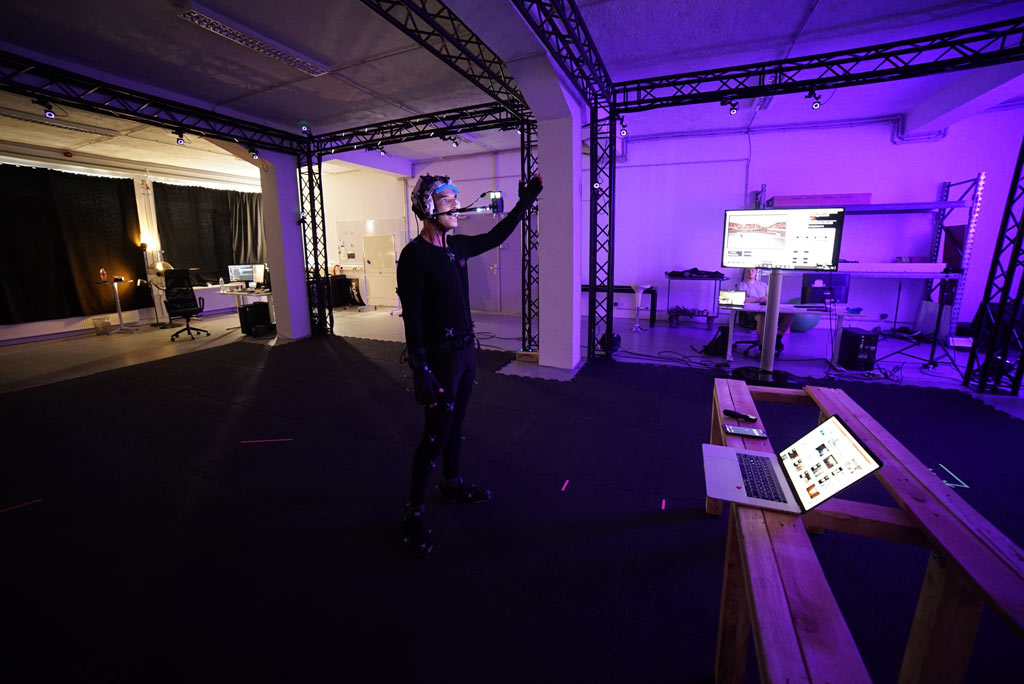 Actor doing a live seminar in VR at OnPoint Studios

The world looks a much-different place in the middle of 2020 than it did a year ago. Then, at the height of summer, there was no fear about going on public transport and no hesitation about wearing a mask. Indeed, the idea back then of wearing one was enough to invite laughter and, even, ridicule.

The effects of the lockdowns were felt swiftly and keenly in the world of sports. Arguably, the biggest change was the shift of 2020’s Olympics, due to be held in Tokyo, to 2021. The German Bundesliga, one of the world’s leading football leagues, shut down for its final nine matches, the games being held behind closed doors. The German ice hockey league DEL shut down, ending the season, and the Basketball Bundesliga decided to finish its final ten fixtures at a neutral location without fans. Outside of Germany, the organisers of the world’s leading tennis tournament, the Wimbledon Championships, cancelled that fixture and the Premier League, the UK’s equivalent to the Bundesliga, was suspended between March and June, only beginning again behind closed doors.

The professional world also saw a raft of cancellations. Here in Germany, this year’s ITB Berlin convention was called off at the eleventh hour. That live event, covering the global travel and tourism industry, was to play host to around 10,000 exhibitors and more than 113,500 event attendees. And April’s International Journalism Festival, held each year in Perugia, was cancelled for the first time. So far, the ripples are being felt across the world—in March, the LA Times listed a further nineteen international events, including the Mobile World Congress in Barcelona, the Geneva International Motor Show, and the Adobe Summit and Magento Imagine in Las Vegas as being cancelled.

The financial costs of all these cancellations will be horrific. There will be the direct expense of cancelled venues, hotels, tickets, and flights. But the lost money will go much further, indirectly impacting on businesses that lived off the back of such events. One example would be restaurants, shops, and hotels in the vicinity of the planned venues, who will now be looking at an unprecedented shortfall in revenue. Figures supplied to Recode by PredictHQ forecasted a loss of over $1.1bn from the cancellation of ten tech conferences in 2020. That figure, wrote Rani Molla and Shirin Ghaffary, “[…] simply covers the losses to airlines, hotels, restaurants, and transportation providers that would normally make money from attendees’ purchases.”

The authors went on: “Some $480m—the biggest loss—came from the cancellation of Mobile World Congress, which was supposed to host more than 100,000 attendees in Barcelona in February. That’s followed by SXSW, an Austin tech, music, and movie conference that had approximately 280,000 attendees last year and whose announced cancellation could result in $350m in direct losses […]. The  Game Developers Conference, a 30,000-person event that was scheduled for March but has been postponed, could incur $129m in losses. E3 is estimated to have a direct economic loss of $75m. Google I/O, a 5,000-person developer conference, has a direct loss estimate of nearly $20m.”

Many conferences have switched to hosting virtual events or online conferences so attendees can still drop in from around the world. And while this is nowhere near as lucrative as a physical convention, it may be the only realistic option for the foreseeable future.

Into this gap steps live streaming, one of the many offers available from Berlin’s OnPoint Studios. Live motion capture allows companies and organisations to broadcast from one central place using performance capture, adding effects and backgrounds to what otherwise might be a   presentation. Imagine a TED talk, but instead of a human, it can be delivered by a cartoon character or photorealistic 3d avatar, including facial expressions and body movements, integrated seamlessly with the world around it. It can be done from OnPoint’s motion capture studio in Germany  and broadcast to any location around the planet with a reliable and secure internet connection.

Niklas Bothe is head of motion capture at OnPoint Studios in Berlin. He outlines what can be done through live streaming. “What it does is give a video feed of the shoot as it is happening. We can even send animated data, which can be fed into different applications. For conferences and similar events, you could animate your moderator and make them into a virtual character  through motion capture data  that’s being shown off in real time. That’s something that we’ve been working on for years.”

As a measure to prevent financial loss, live streaming an event makes sense for organisers. Instead of renting a venue, having support staff on site, insuring against cancellation, and putting together an administrative process for the logistics, a studio can be rented and with preparation time factored in, a more-immersive experience can be created. 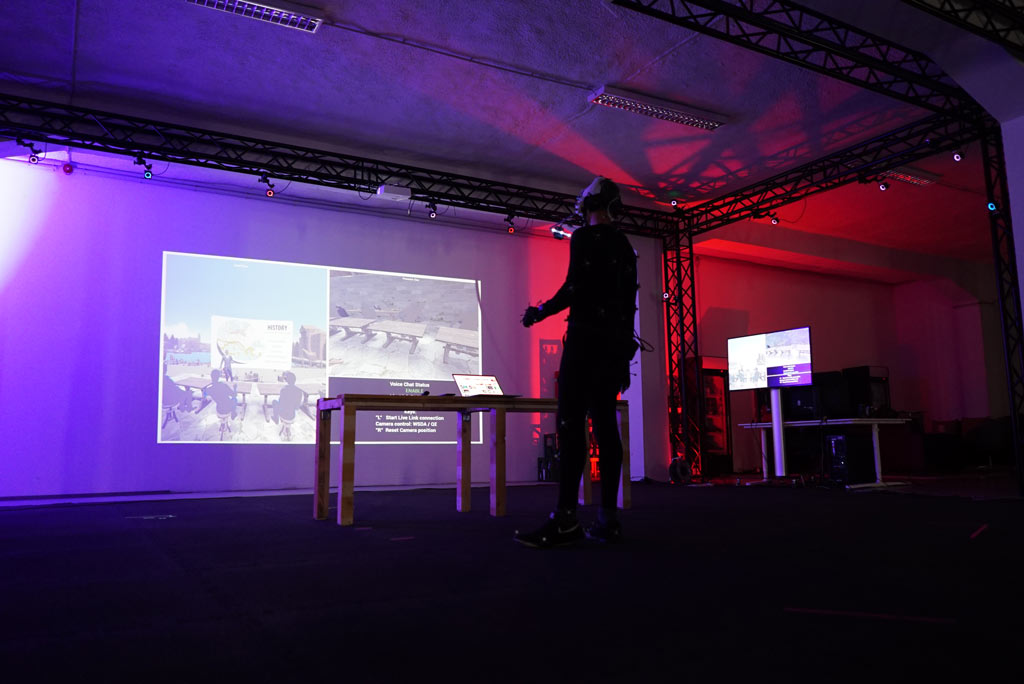 Motion capture technology offers a lot in the current climate. It not only increases safety for those taking part, it provides continuity for businesses hit hard by the pandemic. In addition, there is a cost benefit from reduced expenses for travelling and accommodation. It also offers a more-immersive experience, using a standard motion capture procedure, in which character animation melds with the integration of animated assets, all done in virtual reality with the UnReal engine.

Says Niklas, “This would be a virtual world in which anything can be done. Obviously, it would have to be designed like any other 3D application or performance. But you can explain stuff to people through a presentation that’s both interesting and done in a unique way .”